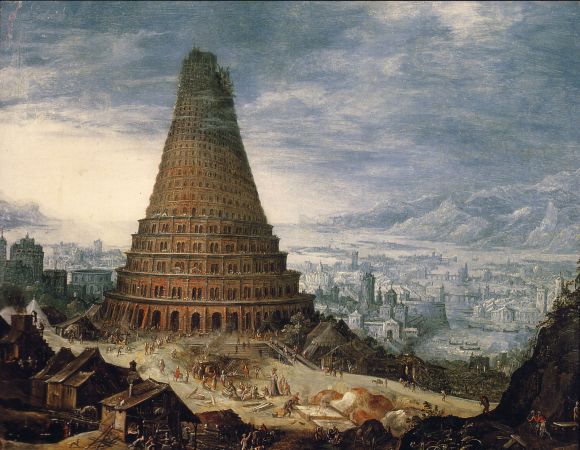 Does idolatry still exist?
Good question! Idolatry – it immediately invokes a sense of a primitive people, still naive enough to believe that the earth was flat, the sky was covered by a metallic dome, and that totem poles were somehow alive and able to bless or curse us. This paradigm for history was coined by C.S. Lewis as ‘chronological snobbery’. In other words, our contempt of history as ‘primitive’ is a smoke screen for our boasting in ourselves.
To navigate through this bias against the naivety of our earlier ancestors, let’s get to the heart of idolatry in the Scriptures.

The idea that most of us have of passages like this is that these poor ignorant fools had some sort of compulsion to be worshiping golden statues. God was trying to turn them away from this silly compulsion, and to worship the true God. Clearly, there was a temptation to worship these other gods, but where did the temptation come from? Was it from this supposed cultural norm of bowing to statues, or perhaps something to which we can all relate a bit more?
The idols of the nations were actually a lot less rooted in superstition than we are probably thinking. They were really just the way in which people processed how to obtain blessing for their family. Within their context, having lots of rain, a plentiful harvest, and lots of children (to work in the fields) were considered the way a man is blessed. Similar to what we call the ‘American Dream’, the lust of all the nations is prosperity which leads to comfort. Idols were simply presented as the way that you get these things. Old Testament idolatry is simply rooted in the lust for comfort and prosperity – we call it greed.
The various gods of the Bible simply offered these things in exchange for their allegiance, worship, and sacrifices. Some, like Molech, required the sacrifice of children in return for  the prosperity of your crops and womb. Others required an image be made and the image bowed to in worship.

21 ‘You shall not give any of your offspring to offer them to Molech, nor shall you profane the name of your God; I am the LORD. (Lev 18:21 NASB)

Baal, for example, isn’t a random god with whom they struggled in idolatry for hundreds of years. Baal was the Canaanite god of storms and rain. This is why although Baal worship is seen throughout the history of Israel, it is never so prevalent as during times when they are under God’s discipline. God promised (cf. Deut. 28:23-24) to withhold the rain if they walked away from Him so that they would be drawn back. Usually since they were stiff-necked like us, they would turn to Baal to ask for rain instead of repenting, acknowledging their transgression, and returning to God. God simply demanded to be the SOLE provider of His people, but within their culture there were many acceptable alternatives.
So, now that we have the conversation framed a little more clearly, let’s ask the question again. Do you think idolatry exists today?  Let’s see how Paul viewed it in the early church:

5 Put to death therefore what is earthly in you: sexual immorality, impurity, passion, evil desire, and covetousness, which is idolatry.  (Col 3:5 ESV)
5 For you may be sure of this, that everyone who is sexually immoral or impure, or who is covetous (that is, an idolater), has no inheritance in the kingdom of Christ and God. (Eph 5:5 ESV)

So, in Paul’s view, idolatry was still alive in well in the greed of believers. Greed sounds a bit harsh. We prefer to think of a greedy person as the one who has abandoned everything else to store up for himself as much money as possible. I couldn’t be greedy, I can’t be an idolater. I only want a reasonable living, and decent savings account so I don’t ever have to worry when hard times hit.
Brothers, apart from the obvious foolishness of the ‘reasonable living’ argument (given that we live in North America in the 21st century), one more thing really betrays the truth. Like in ancient Israel, times of famine or lack come. Some are greater and some are lesser. Where does our devotion turn when we start to feel it? Humbly and confidently to God? ANYTHING else betrays another allegiance. We must rid ourselves of this. I include myself as the chief offender that I know. I don’t mean to be harsh, but to remind us all that this is a great enemy and we don’t want any part in it. Take Paul’s advice both in our personal lives as well as our doctrine, FLEE from idolatry-the pursuit of money.

3 If anyone teaches a different doctrine and does not agree with the sound words of our Lord Jesus Christ and the teaching that accords with godliness, 4 he is puffed up with conceit and understands nothing. He has an unhealthy craving for controversy and for quarrels about words, which produce envy, dissension, slander, evil suspicions, 5 and constant friction among people who are depraved in mind and deprived of the truth, imagining that godliness is a means of gain. (i.e. following godly principles as a means to get rich) 6 Now there is great gain in godliness with contentment, 7 for we brought nothing into the world, and we cannot take anything out of the world. 8 But if we have food and clothing, with these we will be content. 9 But those who desire to be rich fall into temptation, into a snare, into many senseless and harmful desires that plunge people into ruin and destruction. 10 For the love of money is a root of all kinds of evils. It is through this craving that some have wandered away from the faith and pierced themselves with many pangs. 11 But as for you, O man of God, flee these things. Pursue righteousness, godliness, faith, love, steadfastness, gentleness. (1Ti 6:3-11 ESV)