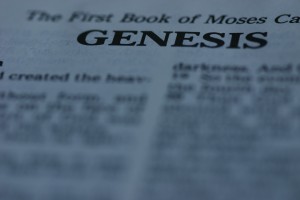 I was reading a well-known Bible scholar recently regarding conflicts of ideology which occurred in the early church as more and more Greeks were brought to the faith. These particular conflicts were over the two very unique forms of worship which were present in the early church.

For the Jew, worship was always related to real history. The subject matter of worship had a timeline attached to it since God had always revealed His character in real historical events.

For the Greek, the subject matter of worship was primarily the theoretic attributes of the deity. Within Greek culture, worship of their various gods was very prominent. Since the deity was almost completely unknown, worship times would consist in singing about various lofty (eg. all powerful, all knowing, etc…) attributes of the deity – assuming that this is what honors them.

The reason that the worship of these different people groups took on this form was because their Gospel had this form. The Gospel was/is a Jewish Gospel – firmly rooted in history. The Gospel has a timeline. From the perfection of the original creation in Genesis 1 and the fall of Adam in Genesis 3, the Lord began to reveal Himself in the context of a promised restoration. It was upon this promise (cf. Ps. 89. Jer. 33:20-21) that God based all of His self-revelation to Israel. He revealed Himself as the faithful God (cf. Deut. 7:9) within the context of His faithfulness to everything that He had made. (cf. Ps. 145:9) God is faithful to His creation and has promised to restore it.

The God of the Bible, however, is a God of history. The Bible is a book – not of secret knowledge – but a book of history. Understanding the timeline of the Bible and of human history helps to anchor you to a storyline.

From the very beginning, He promised that creation would be renewed and that the earth would be cleansed from the wicked men who have corrupted it by their sin. The wicked would be thrown into a lake of fire, while the righteous would live with Him forever upon a restored earth.

This plan included complete knowledge that every man’s heart was bent completely on sin, wickedness, and self – governance (cf. Gen. 6:5, Gen. 8:21, Jer. 17:9). Thus, a restored creation required that the wickedness of man be dealt with least the earth be perpetually filled with sin and death again. This dealing with the sin of man consisted in two real events real events that fit on a timeline. The first was to provide an atonement to all who repent and believe on His sacrifice for our wickedness and sin. We can fit this on a timeline now because it is now past for us. For the prophets, however, it was a still future event.

The second part of the plan is to cleanse the earth of all who refuse to believe on the sacrifice for their righteousness. All who refuse God’s provision for forgiveness will also forfeit their participation in the restored creation, and they will be cast into a lake of fire forever. While this event is still future for us, we should not view it as any less historical. It is simply in the future part of the timeline.

The story is simple. The sacrifice was made. The wrath of God is coming, so is the restoration of the earth. In the meantime, let’s continue to strengthen ourselves in this simple storyline, persevere in faith, proclaim it to the ends of the earth, and sing with gratitude in our hearts to the One who is Faithful to all He has made!